AC/DC fans rocking all the way in London

It’s impossible to describe how was this trip to London, but I’ll try to do it in a few lines…

With my friend Jean Philippe, we’ve took the Bus from Paris to go to Victoria. At the illegal hotel we stayed at, had only chineses, no lockers, no check-in, no passport, no hotel name, wrong address…. but for less than 20€ – it was perfect for us!

Then headed to the hotel of the Boys. And there we met Cliff, he remembered us, it was amazing! We talked to him, it was good time! The main discussion was about the support to the band without Malcolm Young – speaking deep from our hearts: doing so is difficult. It is “terrible”, said Cliff. But we are here, behind them! 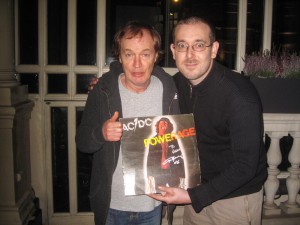 Just after Cliff, Angus went to eat a pizza. So when he came back we chat with him. He was very tired, jet-lagged… after a quick signature on the “Powerage” (1978 first French press) of my father, I just told him the story of this record since my father bought it and then we decided to let him sleep. He signed “for Henri” on the LP, and now my father has it!

After lunch we return to the hotel of the boys, and Stevie with his wife also were out for lunch. We were going to see him, and he seemed so happy and surprised! 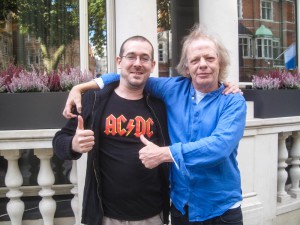 Stevie was on fire! We chat about rock n’ roll, and about the book “AC/DC tours de France”. He knows everything about this book. Incredible! He talked me about Phil Lageat [author of the book], and then I showed him the cover of the book from my camera. He was very positive, very happy, and ready for war!

He went back to Hotel and about 15 minutes later, Stevie was back with a big cup of coffee and cigarettes to keep chating with us. He is a real Young. It was fantastic, we directly put him in our hearts. It was breathtaking!

Then Angus was out for smoking. Jean Philippe asked to smoke with him… of course! We chat for a long time. I remember he asked us about France, he was very funny! “How do you recognizes a beautiful girl in Paris?” he asked. We went: “A pretty girl?”. And he joked: “A tourist!” And with lots of laughs he said: “Dutchwoman are very sexy, I got one!”. He was so great!

After dinner we saw Brian and his wife Brenda. She was so lovely as always. We chat for a long time. Brian was tired as hell. He told us he woke up at 4 o’clock in the morning, he was recoring “Cars That Rock” in that afternoon. So we didn’t take much of his time. We just made picture, and signatures. But it’s was good to see him in pure shape! 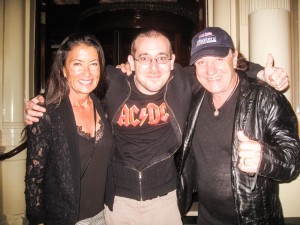 Went down to the Black Island studio for the clip of “Play Ball”. It was impossible get in, but there was 3 or 4 fans. We listened the song, but the sound was not good from the outside. 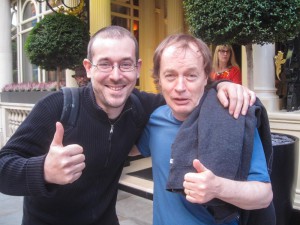 We decided to go to the hotel (again) to see the band after the video shoot. We’ve chat with Ellen and Angus – wich was friendly as ever.

And on the afternoon, we went to see if the invitation was on the email… yes! No comment, thanks to the band, they really loves theirs fans. We decided to go to the Hard Rock Café to drink some fresh beers, and we met Andy, worker in there. He was a huge AC/DC fan. He put about 10 DC’ songs of our choice, so we give him all the info – bus at Victoria, Black Island studio -, everything to help him to go in!

My Belgium friend Stephan will make a report about the video shoot, so I will be fast.

It was so good to see the fans from all over the world here at Victoria. Everybody was so happy. It was a good opportunity to meet the team of the book “AC/DC tour de France” – 7 years of work for making this book, “THE BOOK”… And also Andy (the guy from the Hard Rock Café), he was there too. He listened us. “Do it, and think after”… and there was rock! 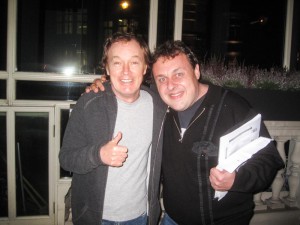 At the Black Island studio, we decided to be in front of the band. Just near the camera…so we will not appear in the video shoot, but it was the perfect place to see the band so close, and to shake hands to the band after each take.

The sound of “Rock or Bust” was fair for me, compress, squeaky, all of this against leaks. But it was not the time to enjoy the music, but the band. And it was an unique experience!

After the video shoot we to return to their hotel and to salute the boys for everything. We met Angus and Stevie. The Young Family in really incredible on many points: they love rock n’ roll, and they spend some time with their fans. It was so good to chat with them, and I think they are like that since 40 fucking years!

Back to France, and ready for the new album and the tour!

Special thanks to Jean Philippe, Cliff, Stevie, Brenda, Angus, Brian, Ellen and Big Tim.
And all the AC/DC fans around the world. 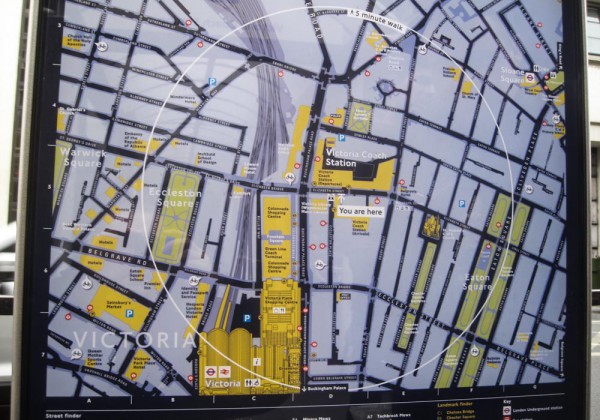 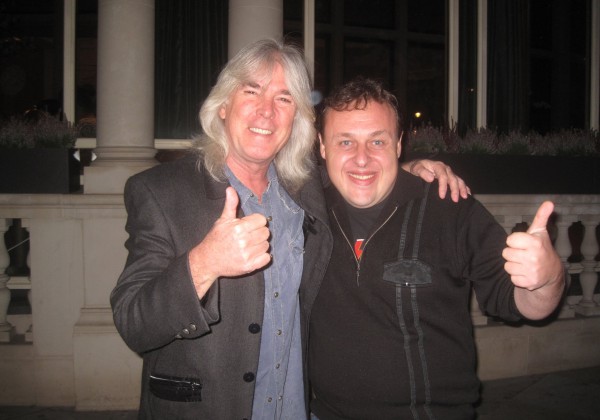 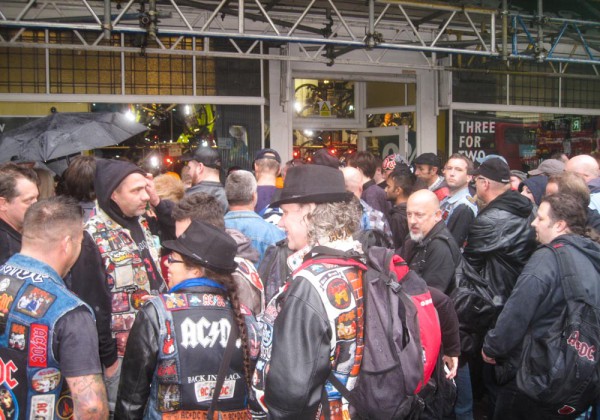 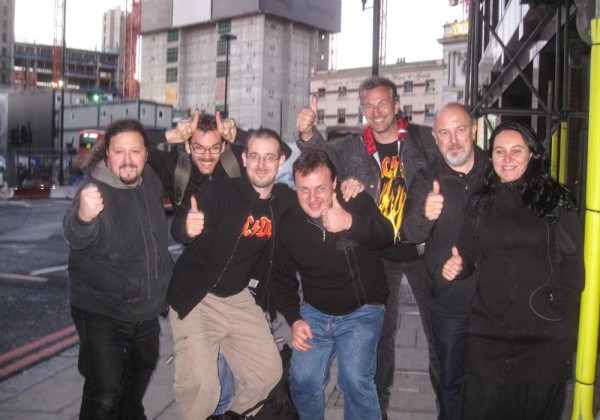 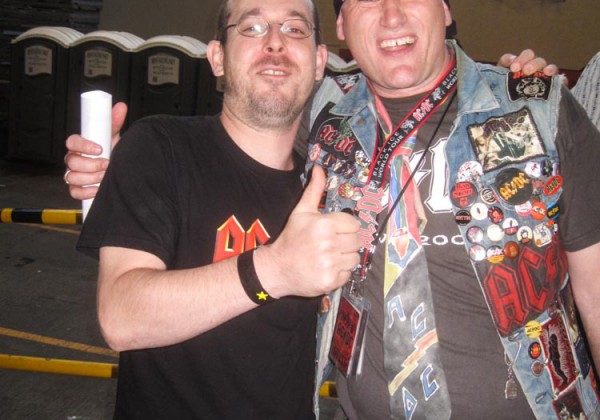 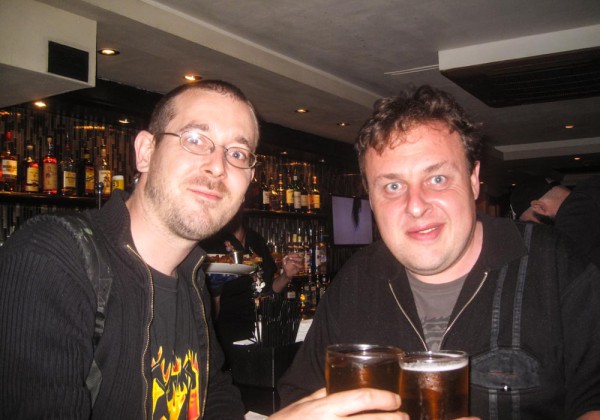 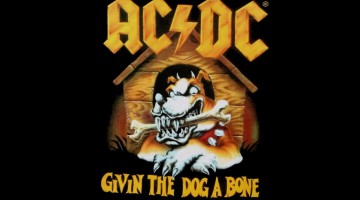